18 July 2011. Yes, that’s today. It marks six years of my professional career. In a nutshell, ever since joining InfoEdge at their Noida office six years back, I have been programming to create websites. But it has been a lot more than that. I have made some amazing friends during these six years with whom I have shared some unforgettable moments, learned a lot about coding, business and life from the people I have interacted with and situations I faced. A lot have changed since that hot and sweaty day of 18 Jul 2005 (which I still remember very vividly).

If I look back and try to recap the last six years, I can break them down into six very specific sections / phases / periods which can be associated with some really significant events in my career. Read below to know about these six phases –

The first year of my professional life was as good as it gets. I did a lot of hard work in office, and made some really good friends. Everyday during these times was so much fun and unforgettable. The leg-pulling, late night parties, the fights, and the do-not-care attitude of some 7-8 of us colleagues made it one of my best years ever. Coding till late in the night, learning new technologies and putting them to innovative use was an added advantage to the fun we were having everyday in office. 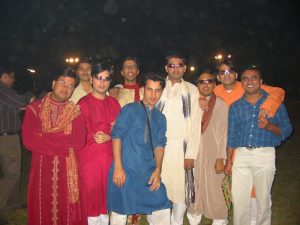 Ok, I hope you can sense the 'fun' being part of this team

The fist disappointment came after a year of work, and it made things bad with a very good friend of mine. The group was divided into two, and both sides tried to irritate the other group as much as possible with their sarcastic comments and mannerisms in office. Although it was all friendly rivalry with no serious hard feelings, it did get tense at times. But as all clouds have a silver lining, Sukip and SaleRaja were born during this period out of the happenings in office. It was not a pleasant year for me in office, but a very important one. And by the end of the year, I patched up with this friend of mine and we were back to normal, fun filled days. 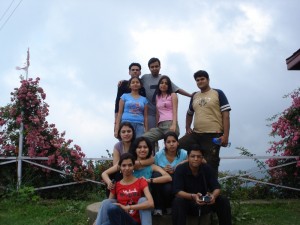 If I have to choose one year as the most defining in the last six, it will be this one. It made me discover traits of my personality which I didn’t knew even existed. Managing SaleRaja and leading a team of 14 people, ensuring the co-existence of both work and fun, made me face challenges and respond to them in a way that was to shape my personality. Made another group of great friends during this time, learnt a lot about leadership, and also cleared a lot of pre-conceptions about people and life in general during this time. This phase ended with me making one of the toughest decisions of my life, to leave InfoEdge and the team (and fun) I had for SaleRaja. 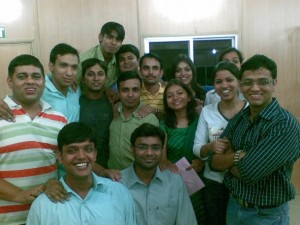 My farewell from InfoEdge in Oct 2008, a very emotional moment

Over to Bangalore. Fully focussed on SaleRaja, I started doing everything, from sales calls to marketing to coding with an aim of making it big with SaleRaja. We worked hard, then harder, and then even harder to squeeze the most out of our time. My days have been 14-16 hour long for some time, but it started to become taxing and tiring by the end of this phase. In Dec 2009 decided it was time to move on, again one of the tough decisions I had to take. But these 14 months in Bangalore taught me a lot about business and life as I was exposed to many startups and the eco-system surrounding startups. Again, I made a lot of good friends and met a lot of good hearted and inspiring people. 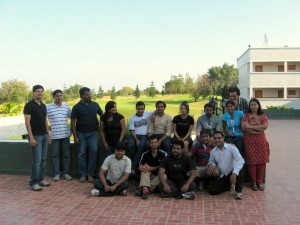 The Jivox team in Bangalore

There are times when everything was going so well and you take some tough decisions which didn’t work out as well as expected. You left the good for the better but are left with nothing instead. These are the times when you start asking questions like, “Why did this happen?”, “Why did I take that decision?” or “What is happening?”… Let me tell you what is happening.. LIFE IS HAPPENING… Yes… Everything was going well.. and then Life Happened… This phase of my career was a time of doubt, but also of introspection. It made me look for answers to some really tough questions within myself, and it was during this phase that I started reading and writing regularly, which helped me a lot and is a regular practice now.

The last year has been an uncertain, uncomfortable and a bumpy journey. But this journey has taken me through peaks and sights that are unforgettable. I have faced fear right in the eye and done things regularly which I was afraid of earlier, and regularly at that. And needless to say, I have grown as an individual the most in this last year, and done some crazy stuff which I could not have dreamt of a few years earlier. I am having the best time of my life now, where every day seems better than the previous one, where I enjoy every day of the week be it a Monday or Friday and I am doing so much that my days feel like having 36 hours 😉

In reflection, whatever has happened in the last six years has made me what I am today. All the good stuff was certainly memorable, but all the not so good times were also blessings in disguise. The sooner we realize that the cloudy days are as much a part of life as the sunny ones, we can stop getting hurt from life’s beatings and instead use them to grow stronger and wiser. In the future too, I hope to be strong enough to get hammered, because I know I will get hammered into new and interesting shapes.