Time Management and prioritizing things have always been one of my biggest strength. First, as a student, and later as a professional, I have always tried to be ahead of time, and plan things in advance. I can’t remember how it started, maybe I just inherited this from my parents or my knack of doing something ‘extra‘ always made me manage my time properly. However, in the last one year, I have realized how this strength of mine has stopped me in achieving more and better results, and what I had to do to not let this strength become a barrier.

The earliest example of time management in my life came from my parents. I still remember my mother used to wake me up at 6 AM every morning while I was 7-8 years old and how my parents made me study for 30 mins every morning before leaving for school. The same used to continue after coming back from school with homework in the afternoon, some playtime in the evening followed by one hour of TV at night. I think the same planning of time carried on when I went to college in Jaipur and later when I started my career at Noida.

Now, as a student, and as a professional who was just starting his career, most of the work I did was individual in nature. It means I had the responsibility of doing something on my own, and I always enjoyed it as I was good at prioritizing and scheduling my time. Most of the success I tasted at work was primarily because of my ability to manage my time and schedule. All this was going well till I started handling the 99acres tech team. This moved me into a leadership role for the first time and I was responsible for the work of the whole team, and it was a team job rather than an individual job. 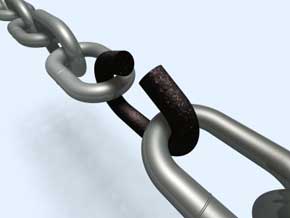 Are your strengths becoming your weakness?

During that one year in Noida, I found that I made good friends and had a good relationship with people who were good in their work and finished their tasks timely. On the other hand, I felt anger and frustration whenever someone was unable to complete their work timely. I started treating both sets of people differently. In other words, I enjoyed working with people who shared the same traits of time management and resented working with whom ‘I considered‘ poor performers. At that time, however, I was totally unaware that this was stopping me from achieving more results.

Only in the last one year, when I have taken some projects in the social space, like Waste Management and Anti-Corruption, that I have realized how my biggest strength was stopping me from achieving results. As my work grew from personal to interacting with people and teams, it was obvious (not to me 😉 ) that there would be differences in the way people think and work. Different people will be good at different skills, and for the success of any task or project, it is very important to leverage the complementary skills of people so that the output is bigger than the sum of its parts. Instead, what I was doing is aligning people with same sets of strengths and weaknesses together, making the project difficult and more prone to failure.

When I finally realized that how easily I used to get worried and upset when somebody did not replied in time, or doesn’t do what I expected him/her to do, I made a conscious effort not to let this become a show-stopper for the project, and for me. It was not easy in the beginning, as I was more concerned with somebody not replying in time rather than thinking about the project as a whole. The day I stopped seeing this behavior as ‘it should not be happening‘, life became a lot easier and I realized how this way of being has impacted my previous projects too.

Once I realized this, I started building systems, structures and processes that provide necessary help to the people to empower them so that delays can be avoided, or their impact be cushioned at best. This helped in creating a win-win scenario with the team working together with each member contributing in his/her own way and without any resentment, worries, etc. There is still a long way to go for me in this area, and I think the best learning will come when I encounter such situations in future, and how I choose to react to them.

Volunteering has a meaningful impact on your community. It contributes to the overall social and economic health of the community, as people are engaged positively into contributing for disadvantaged sections of society. It could range from visiting the sick, planting a tree or advocating for human rights. But apart from the benefits to the society, we most often miss the benefits it can have for the person who is volunteering. Here are some ways how volunteering can benefit you –

Learn new Skills
Volunteering can help us learn more skills and makes us aware of our hidden skills. We can help organize a fundraising event, do an awareness event, or teach students in a school. By doing this we can improve our goal setting, planning or budgeting skills. It also helps us to improve our decision making skills and contribute to personal change by affecting our beliefs about day to day behavior of people. If you always had a hobby and you wanted to know if you should pursue it, you can volunteer with your skills to see for yourself whether you enjoy doing it or not, or where you stand in that skill. For example, taking initiatives like ‘No Waste‘ and ‘Dandi March‘ has certainly made a huge difference to my people management and leadership skills.

Sense of Fulfillment
When we volunteer, we give our time and skills generously by choice. There is no anxiety and stress as we have made the decision all by ourself. Therefore, volunteering gives us the highest level of accomplishment and a sense of fulfillment. Whenever I have helped others, I have always felt joy and I think it is the same with all human beings. Even after working on something physically stressful while volunteering, people always feel stress-free, relaxed and more alive after doing it. And irrespective of the outcome, the knowledge of contributing to a good cause is always rewarding.

Wider Perspective
In our busy day to day lives, volunteering can help us create some stability in our lives. The confidence and experience gained from volunteering can be helpful in seeing workplace issues in a different perspective. We discover new traits of our personality and can reach for new levels of performance at the workplace too. For me, meeting people from different age groups and different professions has given me the ability to put my world in perspective with so much other stuff happening which I was totally unaware of earlier. It has also helped me improve my social and interpersonal skills. Volunteering can help anybody get out of the ‘rat race’ and create a balance in their lives.

Connecting with others
When you volunteer, you will meet new people from different walks and segments of the society. These contacts can be valuable in establishing business contacts or for seeking employment in the future. Meeting people and making new friends increase the feeling of relatedness with the community, and is rewarding intrinsically. People and societies depend on each other for survival but commercialism and consumerism have seen people getting more and more individualistic. What better way to connect and give something back to your community than volunteering. 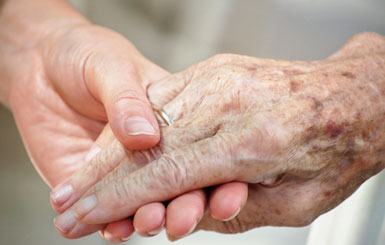 Nobody can do everything, but everyone can do something

“A candle loses nothing by lighting another” is a popular quote by James Keller. We can not give something (out of free will) without getting something in return. When we give our time and skills to another, it is like lighting a candle. We don’t lose anything, but gain more light (knowledge). Volunteering always leaves us richer in spirit, happiness, skills and takes away your problems, stress and anxiety. If you have not spend time volunteering till now, do so. It is certainly one of the things you must experience sooner than later. For volunteering opportunities, see this initiative (Pick A Fight) I am taking with a few of my friends.