Ever since I found my cricket archives collection at my Delhi home which was gathering dust for over 10 years, I have been going through them and recalling some of the old memories I had of important moments in cricket history. These moments mark important milestones in cricketing history and I am going to share three of them here. 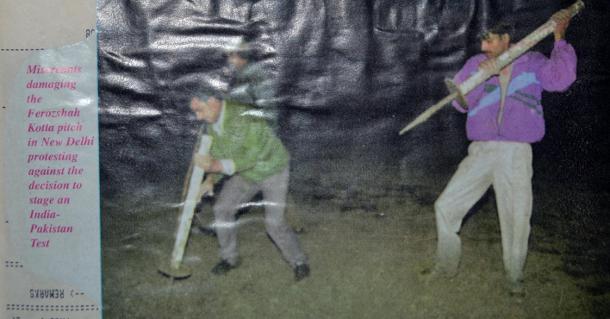 In what was a major fiasco for security agencies, Shiv Sainiks damaged the pitch at the Feroz Shah Kotla stadium in early January 1999 just before the start of the first Test Match. It is to be recalled that this was the first Pakistan tour after a long time and there were a lot of politics and emotions involved. The match was later moved to Madras with the second match scheduled for Delhi (the one where Kumble took all 10 wickets in an innings). Here this picture captures the Shiv Sainiks damaging the pitch in the middle of the night. 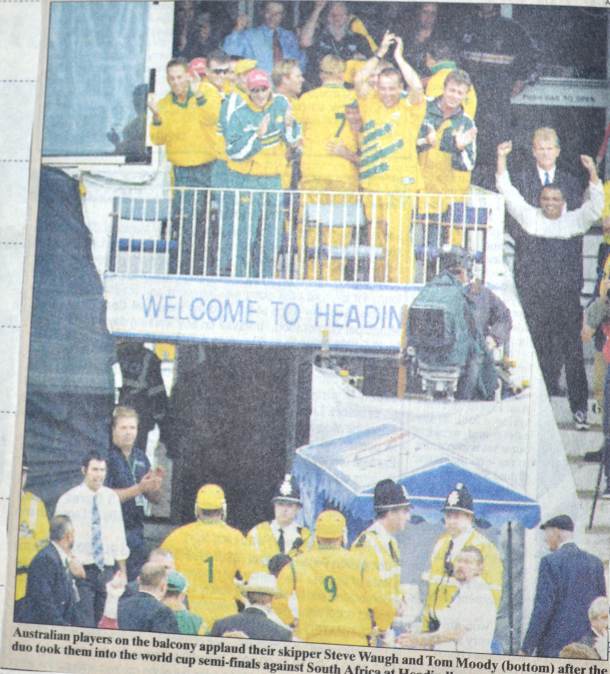 Nobody can forget the 1999 World Cup semi final between Australia and South Africa which was dramatically tied leading to Australia entering the finals. It is to be recalled that South Africa needed 9 runs to win in the final over with Lance Klusener, the best player and the man of the series in that world cup. Klusener hammered first two balls of the over for boundaries, with a South African win looking almost certain. As Steve Waugh brought all his fielders in, there was almost a run out on the third ball, which eventually materialized on the 4th ball. With this being the last wicket, the match ended in a tie. See the video here, and as you can see, the South Africans choked, like they have done many times.

Sachin and Warne meeting Bradman in 1998

It became a talk of the whole country when Bradman’s wife saw Sachin play on television and reminded Bradman of how much Sachin resembled him. After that, Bradman invited Sachin and Shane Warne to come visit him, and their pictures were splashed all over the newspapers. (I cut one of those :P) Coming to what happened during their discussions, read the snippet below. To put this visit in perspective, Sachin was 25 years at that time.

Bradman asked Tendulkar whether he moved before the ball left the bowler’s hand. To which the younger batsman rather modestly replied, “I don’t know.” With a glint in his eyes, Sir Donald tapped Tendulkar’s shoulder: “I think you do. You begin your movement before the bowler balls, otherwise you wouldn’t have the time to play the kind of shots you do.” 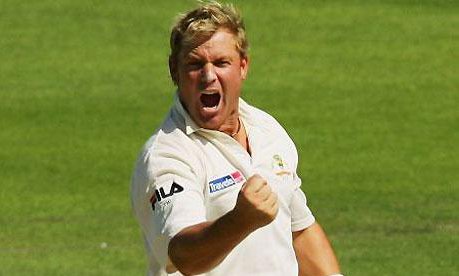 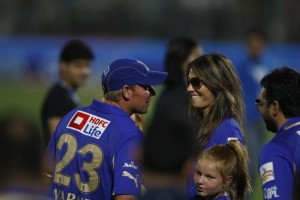