It has been almost 10 months now since Pick a Fight came into being, and it has been a pretty amazing journey so far. Starting very small working with just a few NGOs in Bangalore and doing a few events, we have now seen three events in Delhi in the last few months. There have been many lessons learned along the way, and I am sure many more are yet to be discovered as we have plans to go pan-India in the year ahead. Here are the top four lessons, in the broader sense, that I have personally taken from the journey so far.

All Human Beings are Equal
After seeing the amazing work being done by numerous NGOs and the great people behind them, and even many individuals who are fighting for their chosen causes alone, I have realized that they are not any different than any one of us. I totally believe in this quote by Napoleon Hill – “What the mind of man can conceive and believe, it can achieve”. Each one of us, and yes, each one of us, can achieve what we can dream. There is no human bigger than any other human, and in the same vein, there is none small than another. A social leader is no better (in potential) than a criminal. There is none any more good than anyone else, and neither is there anyone bad. We were all born equal, and we all die equal. 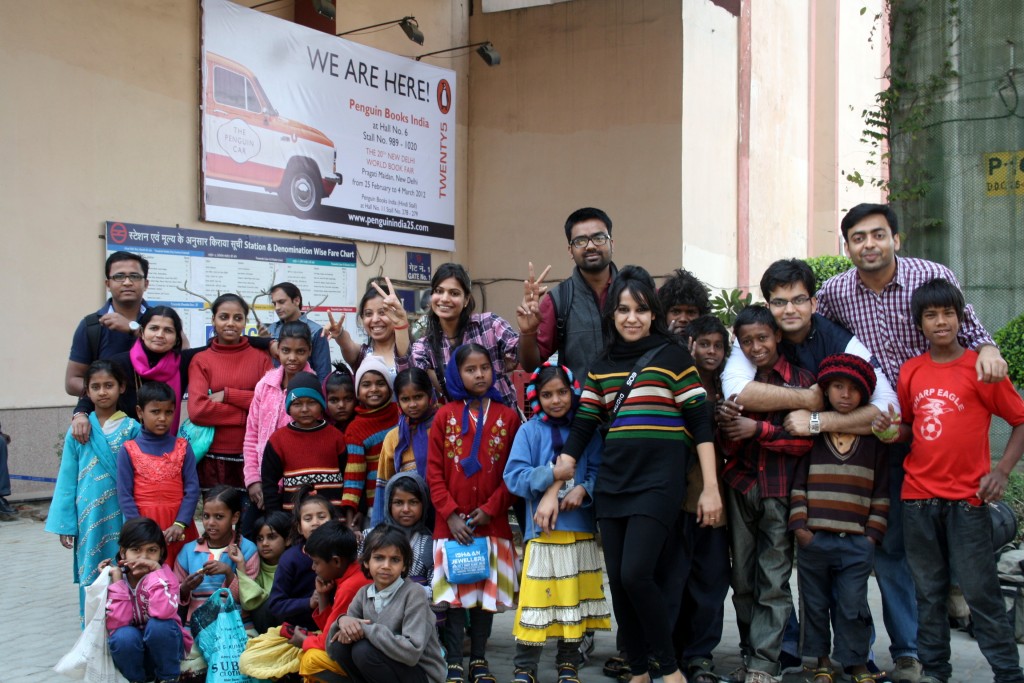 Empowerment is Needed, not Help
You must already be asking – If everyone is equal, why do some produce results and some don’t? Well, there are two aspects to this question which need answering. Let me elaborate –
a) Results are a matter of Perception
What you see as results might be very different from what any other person sees it as? You might believe in social activism and see its protagonists as examples. Another person might regard business leadership and results as the only good result that there is. While others might see art (writing, painting, movies) as the real expression of human potential and some others might see achievements in the sporting arena as worthwhile. So the first thing to understand when you feel, think or say that person XYZ is not producing results is that they are not producing results by YOUR definition of results. They might be producing results by their own or by others definition of it.
b) What is Empowerment?
If everyone is equal and capable of doing amazing things, the only thing needed is empowerment, and not any support, help or aid. Words like support, help and aid, by definition makes the receiver smaller than the giver in some aspect. While charity is good and no doubt needed (for fire-fighting), it doesn’t provide any long term solution. Instead aid has the negative effect of making the receiver dependent on future help from the giver. Empowerment is, in contrast, making the other person realize their own potential and that they are not any less than anybody else in the world. In fact, I would say that we can’t really give someone anything they already have, and the potential to produce amazing results falls in that category. What empowerment does, and what its role is to show people the path and taking away their mind and skill blocks which might be preventing them from realizing their full potential as a human being. Let me repeat for clarification, empowerment is more about taking the perceived barriers away, rather than helping or giving someone something.

Actions and Consequences
When people realize their potential and the amazing things they can do, they will invariably take risks and play bigger games in life. Now, when you expand your playing field and take on bigger challenges, you are bound to face some hurdles or failures (if I may call them so). These hurdles are the real test of your greatness, and you must see them not as pointers to you being weak or incapable, but as a consequences of the bigger game you are playing. It is a part of the game, and since you have chosen your actions, you must accept the consequences of it with full responsibility too. In short, you should change the meaning of hurdles in your dictionary as – ‘one step closer in the direction you are heading‘.

Having fun and being happy is the most important
When I say above – ‘one step closer’, it doesn’t mean that you tie your happiness to some end result. We can, and must have goals, but we should never tie our happiness to the result of those goals. Whether we reach the destination or not, it doesn’t matter (in terms of happiness). We should learn to be happy NOW, because that is the only moment we ever have. In fact, I would say that it is the happiness in people which produces great results, rather than the other way round.