I was never among the physically stronger kids during my childhood. And since fist-fights among kids are not uncommon, I had to devise other ways to tackle my opponents rather than relying on only my physical strengths. At times you get beaten up, but since you know you can’t overpower someone you start hitting the areas where they might be most vulnerable. Sometime you just wait and pass time while your opponent gets tired before you take your shot.

Starting and running a start-up is also the same, in many ways. Being matched up against competitors many times your size and weight, and that too in a market which is not always ‘fair‘, to put it gently. But as in my childhood, being placed against a bigger opponent can have its benefits too. You learn persistence and resourcefulness irrespective of your current situation. These challenges are what makes a startup interesting, and those who drive the thrill out of overcoming these challenges are the right people for a startup.

Why would anyone do that?
You can ask that why would anyone want to fight against a tougher and stronger opponent? Why would anyone want to do something where the chances of success are only minimal? Yes, it doesn’t make sense. This ‘WHY‘ is very difficult to explain in words, but those who do it know the answer somewhere inside. Maybe it is the same reason people cheer the underdog team when they win against a stronger opposition in sports? Maybe it is the same reason that we draw hope from those who fight against the norms for something they truly believe in? Despite of all the fears and challenges. Despite of the very minimal chance of success.

Coming back to entrepreneurship, maybe it is just in some people’s blood (as they say entrepreneurs are born and not made). But whatever it is, the likes of Steve Jobs, Lance Armstrong, Bill Gates and Anna Hazare felt it and at many different times, each one of us have also felt it. When we believe in something for which we are ready to put a lot at stake, we all become entrepreneurs in a way. Whether it is fighting for a cause, running a business, or expanding the boundaries of human performance!!

How would anyone do that?
– Perseverance and Resilience
When you win against a stronger opponent, you become more confident and fearless. But when you lose, you start working on your weaknesses and try to make use of the resources you have. You very well know you can’t afford and have all the resources your competitors have, so you try to make the best out of what you have. And by doing so, you develop such a wonderful skill which even your big competitors doesn’t have – the ability to survive tough times with resilience. 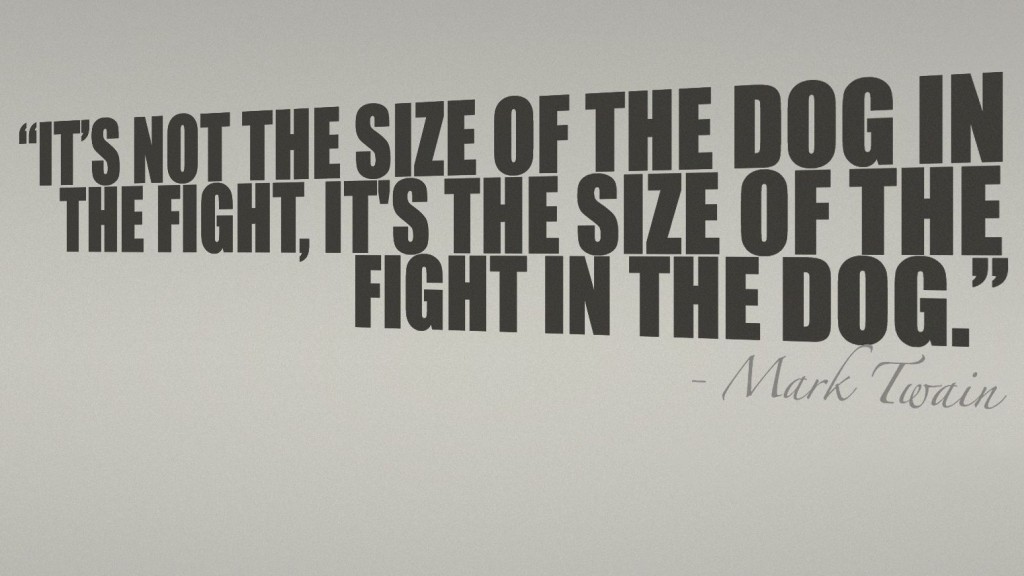 – Iterate
In the startup world, as George Patton said “A good plan today is better than the perfect plan tomorrow”, it is very important to act on incomplete information and in a world where uncertainty looms large. If you are doing something worthwhile, then you have to constantly go into uncharted territory, try new ideas, fail, then start again, and then fail again. And so on. As you have to expand yourself so much and step out of your comfort zone in doing so, you also have a steep learning curve.

– Use your ego, but with feet on the ground
Ego is not always bad. Doing a startup is basically believing in yourself when no-one else does, and when even you have your doubts. It is about the confidence that “I can do it, I will do it, even if I don’t have the resources or skills to do it“. It takes a man with ego to go up and stand against the world. But at the same time, you need to stay realistic and know your limitations. A healthy ego is not only required but also necessary to constantly expand yourself and to keep fighting every day, even after facing many defeats. A healthy ego doesn’t stop you from getting back up knowing you might get beaten again.

– Getting things done, despite of a hundred things which need your attention
Startups aren’t for everyone. In a startup you always have thousands of things to do, and you don’t have anybody to delegate to. You will have to do all kinds of things which are normally reserved for ‘other‘ people in a normal job. In short, there are no boundaries of work. You might be planning, designing, coding, doing marketing and sales calls, all in a day. What becomes most important in a startup is to get a task done, irrespective of whether it is above or below your pay scale, irrespective of whether you have done it before or not, irrespective of whether you know how to do it or not. If a client is visiting and your office is a mess, the first person who picks a broom to clean up is the best fit for that startup.

In the end, I think it is the fighting that matters and not the winning. It is the daily grind you go through which is the most important part, even more than actually beating a stronger opponent. As it has been told by many great leaders – “The journey is more important than the destination”. I will end with a quote by Marian Wright Edelman –
“You’re not obligated to win. You’re obligated to keep trying to do the best you can every day.”