With the recent Anna Hazare led movement against corruption and the amazing support that it has received from the common man, everybody is busy pointing out the failure of the government. The media, social activists and the common man, have all come out and criticized the government and its ministers of the way they have handled the issue of corruption. But what about the opposition? How have they fared over the past few years? And on a general note, what is the role of the opposition in a democracy?

What is the role of the opposition?

I feel the role of opposition in a democracy is as important as that of the ruling coalition. The most important job which the opposition has is the responsibility for keeping the government in check and making sure they are delivering their promises to the public. Just because you are sitting in the opposition, it doesn’t mean that you are not liable or don’t have any commitment to the public who have elected you.

In fact, in my opinion you can do more good in opposition if you are really committed to serving the people of your country. The opposition should be sensible, intelligent and wise. They must use their intellect and reasoning critically and constructively. The opposition should work and interact with the people of the country and bring the concerns of the people to the government, if the government is not already doing so. Within the parliament and other democratic structures, they should engage in constructive debates and help/support the government in the common objective of serving the nation. They should also act as a deterrent in case any party or office bearer try to misuse his/her office for personal gains. 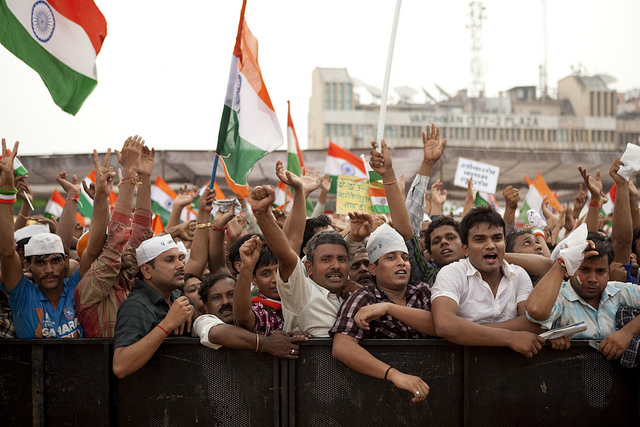 What is not the role of the opposition?

What has Anna Hazare done?

No matter how good or sincere Anna Hazare is, he would not have been able to gain the public support if the opposition had been doing its job properly. Anna Hazare has only stepped into the vacuum left by the non-governance by the ruling coalition and the total ineffectiveness of the opposition parties to check that. The situation has come to a point where the public was totally hopeless and helpless, and only in this space Anna Hazare and IAC have stepped in. They are doing the job of the opposition, to pressurize (and support) the government to do their job. (I have answered some FAQs about the movement here)

Today’s opposition parties might be tomorrow’s ruling parties, and their approach and analysis can backfire on them tomorrow, if they show negative thinking and only care about coming back to power. Opposition is the back-bone of a healthy democratic setup, and a good opposition is necessary for the success of parliamentary democracy.  I hope our opposition realizes this, sooner than later.