I have been hearing many questions in the minds of people regarding the ongoing movement against corruption. In this post, I have tried to document and answer (according to my thinking) some of the most frequently asked questions. These questions have been asked on social media websites or on my blog on the articles I have written related to the Anna Hazare led movement.

Q – I do not identify myself with no corruption. Can those lakhs of people pledge on their life that they will never ever engage in corruption?

A –  It is very important to see people who give bribes (for small/individual corruption) as victims and not culprits.. I think most of the us will prefer not giving bribe if work can be done without it. Big corporate and large scale corruption is another matter altogether. They use corruption for their own advantage, while the common man mostly has to shelve money to get something which is his/her right, like getting the passport, or a birth or marriage certificate, etc. 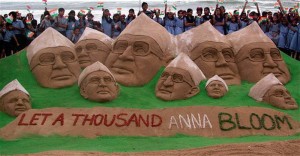 People supported in their own unique ways

Q –  It’s a part of our mindset. Its more of a psychology thing. It can be reduced, but never totally eradicated.

A – Yes, it is a part of mindset and can’t be totally eradicated. But it can be reduced from 90% to say 10-20%.. And to do so, it means people will have to be disciplined (not jumping red lights, wearing helmets, following rules, etc) and might have to suffer some hardships or harassments in the short term. But we need to take these in our strides for long term benefits.

Q – The only factor that prevents corruption is fear. Until that is very strong, it cannot stop. My only wish is Jan lok pal bill will instill the fear in the hearts of corrupt people, of strict punishment. If not then I think it wont prove worthy..

A –  I agree. Corruption is a high profit and low risk business now… A strong law will make it low profit high risk business… If this happens most people will automatically become non-corrupt… It’s simple human psychology to not indulge in high risk activities. See what happened in Hong Kong..

A -The government / parliament has to make the law.. I agree the lawmakers are themselves corrupt and hence they will make law only under public pressure.. They will make it only if they know that people will not vote for them if they don’t make this law… We saw a glimpse of that in the current protests… and thats why keeping public pressure is VERY important… Infact I would say that, Public Pressure is not only important but also necessary in a democracy… 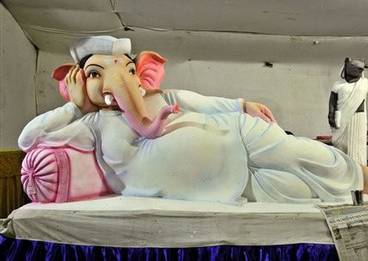 A – The answer is YES and NO. A single law can act as a strong deterrent for people who want to indulge in corrupt activities. It can reduce the corruption levels considerably by turning corruption into a low profit high risk business, but it can’t eradicate corruption totally, for sure. We need to work on three areas in parallel if we want to reduce corruption –

1. Punishment for corrupt – Jan Lokpal Bill will serve this purpose.

2. Education : Moral and Legal – We need to spread moral awareness among our youth, preferably from the school level, about why is it bad to indulge in corruption, and how it can harm ourselves, the society and the country in the long term. We need to bring up our children in an environment of high moral standards.

3. Constant modifications of laws and processes – We are in a democracy, and we can always made amendments to laws, systems and processes if we feel the need to. There should be constant monitoring of laws and systems already in place, and constant modifications to them must be suggested and implemented to reduce the possibility of anybody indulging in corruption. Examples are putting CVC and CBI under Lokpal, implementing Citizen’s Charter, etc

Q – These methods of protests are undemocratic?

A – Actually, this was the biggest win of the democratic process!! What we saw was parliament doing what the public wants.. that is what democracy is all about. A little public pressure is always required for a democracy to work properly. But it’s just half the battle won, if the government backtracks on this commitment, this movement will spread across every nook and corner of the country and they won’t get any votes in 2014… What was heartening was seeing even the opposition engaging in proper debates and not just adjournment drama as even they have a responsibility in a democracy.. and the failure of the opposition was the reason in the first place why someone like Anna got such huge following from the people… If the protests by the people made the government take corruption seriously and even made the opposition work sincerely, how can this be against democracy!!

Q – Are we expecting a ”Nayak” movie scenario where thousands of government and corrupt people would be affected?? Can we expect govt. services to be reliable and affordable rather than private sectors? Can we see common man benefitting and in what areas??

A – Considering the levels at which corruption has seeped into our babudom, it won’t be a surprise if a large number of officials are suspended or penalized after Lokpal becomes official. But it would be foolish to believe that change will happen overnight and corruption will disappear. Even after Lokpal Bill, it will take a long time (in years) to eradicate the cancer of corruption from our society. Even Lokpal will have its loopholes and limitations which would need to plugged by further amendments to the law as and when required. Expecting government services to be better than private sector is another matter as a lot more than corruption need to be tamed for that. Government companies need to be run by CEOs in a professional manner rather than politicians and babus for that to happen. The common man will certainly benefit, and in every area, directly or indirectly, as he won’t have to shell out money as bribes, and secondly, his tax money will be properly used in public services which will come to benefit him sooner or later.