Some people, by the mention of their names, spark arguments and controversy like someone has just thrown oil to a burning fire. Narendra Modi is one of those names. The controversial but highly celebrated Chief Minister of Gujarat has been in the news ever since he came to power, either for the communal riots of 2002 or for the various development projects he has undertaken which has turned Gujarat into the state driving the Indian growth story. There are two kinds of people in this world, one for whom world opinion and the ‘right‘ way of doing things matter, and the other who do what they feel is right, irrespective of debates or consequences. No points for guessing which kind of person Mr Modi is.

Under Modi, Gujarat has become an economic dynamo. From becoming the Chief Minister in 2001, when Gujarat was suffering from the aftermath of a massive earthquake and its economy was shrinking, Modi has transformed Gujarat into a state with the highest growth rate among all Indian states. Some of the plans or schemes he launched are Krishi Mahotsav, Chiranjeevi Yojana, Matru Vandana, Beti Bachao, Jyotigram Yojana, Kanya Kelavani Yojana, among others. Read about them to know what all these are and what results have they produced. 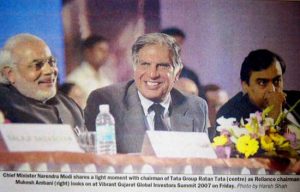 If these scheme names doesn’t mean much to you, let me provide some figures. Gujarat has 50,000 km of fibre optic network, 2200 km of gas pipelines, 1400 km of drinking water pipelines to 7,000 villages, and 24 hour uninterrupted power in rural areas. On the human development side, Gujarat is turning Kutch, a desert, into a green land. The school dropout rate from Std 1 to 5 has dropped from 20% to 2% in the last 10 years. Sex ratio has increased from 883 girls per 1000 boys in 2001 to 920 girls in 2011 due to the Beti Bachao campaign.

Almost all industrial houses have their plants (or are planning to open) in Gujarat which contributes 22% of India’s exports and attracts 25% of all investment coming in India. Many industrialists have publicly expressed their support for Narendra Modi, with Ratan Tata even saying that “You are stupid if you are not doing business in Gujarat”. Recently, the US also endorsed Gujarat as the driver of Indian economic growth and the best example of governance and development. Many are vouching for a strong leader like him for the Prime Minister’s post in 2014.

It is not to say that Gujarat doesn’t have any problems. Like the rest of India, people in Gujarat are also poor, hungry and deprived of basic human amenities like sanitation, health care and availability to easy credit. The disease of corruption is also present in Gujarat like other Indian states. But in all these areas, the graph is only going downwards. In the last 10 years, there can be no doubt in anybody’s mind that Gujarat has changed only for the better. And I hope it continues to do so.

However, no discussion about Modi can be complete without a mention of the 2002 riots in which over fifteen hundred people were killed, most of them Muslims.  The riots, which started after the burning of Sabarmati Express, continued for over four months with muslims and their owned businesses facing the bulk of the damage. These riots have always been politically controversial, with many terming it as genocide and believing that Gujarat government and Narendra Modi gave a free hand for these riots. Well, considering the scale of the riots, it is very difficult to imagine them without state support. There could be riots for a few days which the state might be unable to control, but over a period of months, whom are you kidding? It just would not be possible without the support of the police and the government. 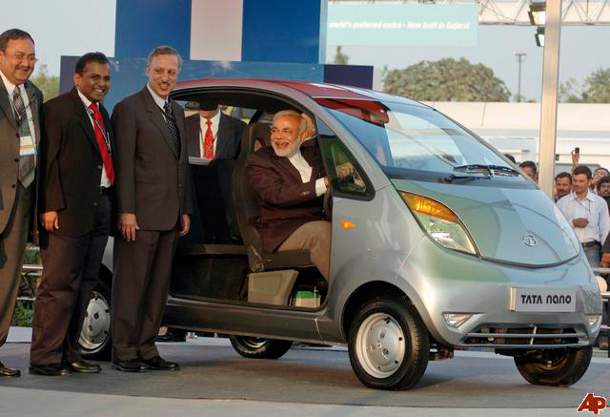 Having said that, proving the role of the State in such events is very difficult. There are cases pending before courts, but there has been no proof against Modi or the Gujarat government. Again, as I said, even if he was involved, it would be almost impossible to prove it considering the state of the public offices in this country. I am not trying to absolve Narendra Modi of the responsibility for the riots but trying to stay neutral by pointing out that nothing has been proved. What if he is really innocent and the state has no role? Even I don’t think that is the case, but what if?

Coming to the issue of riots, Modi is not the first politician to be accused of communalism.  The 1984 anti-Sikh riots in Delhi have been the worst riots we have seen in recent times, with over 3500 Sikhs killed, thrice the number of those killed in Gujarat. And that was under Congress rule, and under circumstances (the Indira Gandhi assasination) which would leave no doubt about the role of state in those riots. But again, as I said, nothing has been proved and it would be very unlikely if any Congress politician is ever convicted.

Coming to the question of opposing Narendra Modi based on the 2002 riots, we should ask ourselves that have we stopped voting for Congress after the 1984 Sikh riots (which were much worse). Obviously not! But why? Is it just the case that 1984 is long forgotten while the wounds of 2002 are still fresh in our minds. I think both the acts can never be pardoned, and the nation is paying a heavy price for both of them. As much as these riots are indisputable facts, another fact is that there is no better performer than Narendra Modi in our political structure. Time is not stuck in 1984, and neither it is in 2002. Time has moved on, and so has Narendra Modi. And so must we. I am not calling him clean, noble, honest or anything but just seeing in him a bold leader who might be the best among all the villains.

And all this is not because of his political lineage, or his religion, or how charismatic he is, but because of the results he has produced. It is said that all tomatoes that are eaten in Afghanistan are produced in Gujarat and all potatoes in Canada come from Gujarat farms. In one of the most arid lands in the country, this one man had the courage to interlink the rivers and the result is that the Sabarmati never goes dry now. To sum it up, he might not be the ideal choice, but I think he is our best bet.