As you know, Dandi March II walk was held in Bangalore on 26 March 2011 in support of the Jan Lokpal Bill. Over 400 people walked over a distance of 11 km under 4 hours. To my surprise, many people walked the full distance, completely overcoming the physical boundaries. After the march, I asked a few of them to detail how / what it was like while they walked? What did they feel? Anything which they wanted to share. I have got replies from a few of them and I am sharing them below.

Prasann Garg (walked full distance)
At least for me, It was first time experience of participating in any such event. And really felt the best way to start the weekend despite little pain in the legs. Honestly speaking, I was expecting little more younger people there considering the number of people from middle or above aged participated. When I heard about this Dandi March 2, like every other person, I also felt how it is going to help ? And once we finished it, it felt we achieved a lot. One thing is for sure, it was never to blame the government or bring down the government. We are well aware such things can’t happen. But it was a great way to show the awareness. At least we made our political leaders realize the mood and understanding of the common man. This is the best thing we could have ever achieved through this Dandi march.

I don’t remember, how many times I have used this Vande Matram and Bharat Mata ki Jai once I finished my schooling. Probably never. Probably we are loosing all these things. Feels like as if these thing are only for school children. We need to have more and more such events to keep it alive within us. 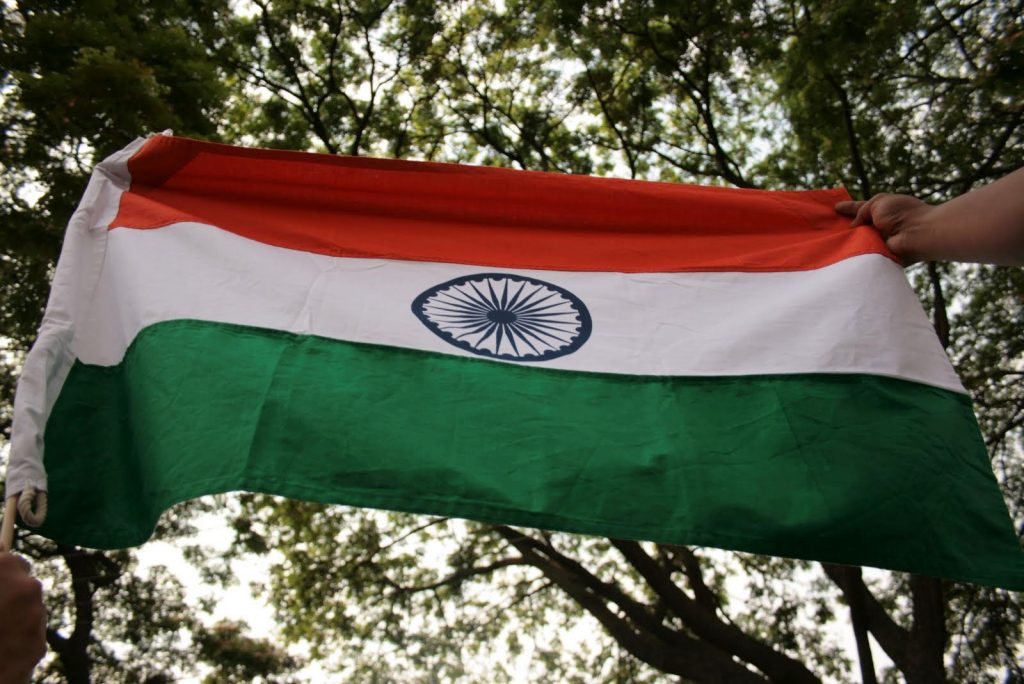 My favorite four colors, and they make for the best picture when put in this order

I have been to many government offices including police stations. At almost all places I was asked bribe, either directly or indirectly. Corruption is quite deep rooted in our society. The biggest issue is that we as a society have learned to live with it. This should change. We are entitled to corruption free governance. When there was a call to be part of peaceful Dandi March in Bangalore in Saturday 26th march, 2011, I decided to participate. It was quite interesting to see a couple of foreigners there too. It was quite a spiritual experience for myself. While being in that march, I kept asking myself about what I expect to change in India and why and how my being here can help to bring about this change.

People like shop owners, passers by, small vendors etc were quite curious to see such peaceful march against corruption. Since they do suffer because of it, the pamphlets given to them by volunteers were keenly taken and immediately read. When evil thinks that it can go on forever then there comes a time when good has to rise and defeat it. It has been happening since the beginning and it will happen again.

Shashank Teotia (walked full distance)
Do we think one day the sky will open and the clouds will part to drop a messiah who will fix our problems? While we are Facebooking and retweeting, the corrupt cash registers are ringing and people are selling the country to the dogs and if we don’t sit up and do something as a group, there will be a day when some power hungry corrupt official will snuff us out. One by one. Do you think your blood will boil then?

I went to the Dandi March organised in Bangalore and there were at a point maximum 400 people in it. 400? I am not taking anything away from the fact that there were honest people out there in the sun, trying to make themselves heard but seriously.. 400 is not a number which will dent. And a dent is not enough. Do you want to join those 400 and make it 40000 or are you one of those who will just click on the *Like* button or perhaps *Share* and believe that it is contribution enough?

The choice, my dear friends, is ours and frankly, so is the consequence.

Maybe I was also a regular guy who had never participated in a rally before. Trust me, it may feel a little awkward at first, but when I cried Vande Mataram with 400 other Indians, it did something good to me. Just participate for that feeling. You will get addicted for life.

I have also asked other friends who walked to share their experiences with me. I will update this post as soon as I get those. If you want to share your experience, you can mail it me – sumit4all[at]gmail.com