If I have to pick up one thing I learned in the last few years which has made the most impact on me, I would not hesitate to say it has been the way I see and judge things to be right and wrong. We all have a strong sense of righteousness about certain matters in our life. It could be related to how we live our lives, or how we run our business or something else. It could be in matters as big as relationships and business, and as small as being a vegetarian or speaking the truth. Letting go of my perception of what I thought was right (and wrong) in this world has been the best thing I have done (and have to do every single day).

There is no right or wrong
When a child is born, there is no right or wrong for her. But as she grows up in this world, based on her parents, surroundings, culture, religion and numerous other factors she begins to develop a sense of right and wrong. Everything she does has to conform to these norms and she starts to despise everyone who doesn’t conform to those standards. This is very evident when people of different religions clash with each other, or people from different cultures find it difficult to stay and work together. Only if they realized that they are doing exactly the same as the other side, the only thing difference is their view of what is right and what is not? And that if they had been born and brought up in the opposite side, they would have turned out exactly as the person on the other side.

Your beliefs are not you
As a child grows up, he begins to associate himself with thoughts such as his gender, his possessions, nationality, race, religion, and later on, education and profession. We also associate ourselves with roles such as son, a brother, a parent, a friend and so on. There are many other such things which give identity to each one of us as we grow up. But the biggest problem arises when we start identifying ourselves with these labels. We are not our gender, nationality, religion or the different roles we play. We relate all these to ourselves by using words like ‘I, me, mine‘, but what is very important to realize here is that all these are just labels and not the real us. A child doesn’t have any such labels, and see how happy we are as children. But as we grow, we start associating ourselves with these labels and they become a part of us. What if one were to loose his nationality, religion, job, education? How would one react? People would go crazy because the things they have worked so hard to identify themselves with during their life has suddenly disappeared. Because they mistake these labels to be themselves rather than just what they are – ‘labels’. 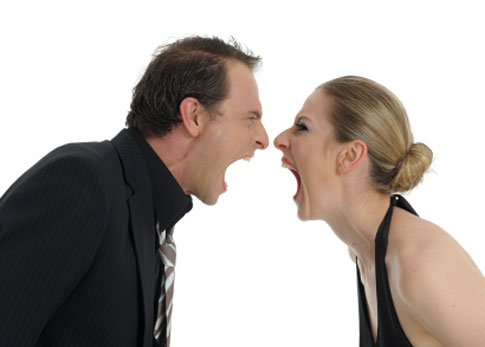 Choose being kind over being right, and you'll be right every time. - Richard Carlson

Is being righteous wrong?
As I am advocating the need to let go of certain ideas about what is right and wrong, having such beliefs is not ‘wrong‘ in itself. What is important is to see them for what actually are, just our beliefs and not mistake them with ourselves? It is our ego (which is very very unconscious in nature) that makes us identify ourselves with things and beliefs. Once we see these beliefs as just beliefs, we can free ourselves from this trap. When this reality hits upon us, we may even laugh in disbelief. Because due to this illusion of mixing our beliefs with ourselves, men have fought wars, killed each other and continue to do so.

Nobody ever achieved anything by being right
So the next time you feel the urge to prove someone wrong and want to take pride in being ‘right‘, just realize that your ego is owning you in such moments. Once you are present to this, the ego loses its hold over you and you will feel free and light. It is the same reason that sometimes the poorest of people seem really happy (because they don’t have anything left to identify themselves with). It is also the same reason some people reach great heights after hitting bottom, when they are taken away of their so-called possessions and realize the futility of all of them in the first place.

So the next time you are caught in a clash of opinions, remember that these are only opinions and the unconscious ego at play. People don’t defend their opinions, they defend their identities. Sometimes, it means to take a step backwards, saying sorry even when you are not at fault, because you can see the bigger things at play (the fight of egos). Seeing people separate from their egos and built-up identities can free us from this trap of proving ourselves right and we can move on to more productive things in life.