How I describe a winner or success has changed tremendously in the last six to seven years. Very early in my career, I used to associate success and winning with results produced by the people involved, but the definition has changed tremendously now. Not that results and outcomes are not important, but I feel there is more than that to a person or team being called a winner.

In my book, a person is a winner if he/she can do the below three things –

1. Push themselves beyond their current limits, day after day, week after week and month after month. They do this despite the pain, the struggle, the discomfort that this ‘pushing‘ will create.
2. Sacrifice doing something where immediate rewards are guaranteed and continue working in an area where he/she is not even sure whether the rewards will come or not, because of some goal one is pursuing, or some ideals or values that one believes in.
3. Does whatever he does with intensity. Intensity causes performance, not duration. Can you run for 15 min instead of a 1 hr walk? Can you treat every second of your time as your most valuable resource and give nothing less than your best? And it is not just in business, can you bring the same intensity and performance whether you are gardening, coding, or having a conversation. 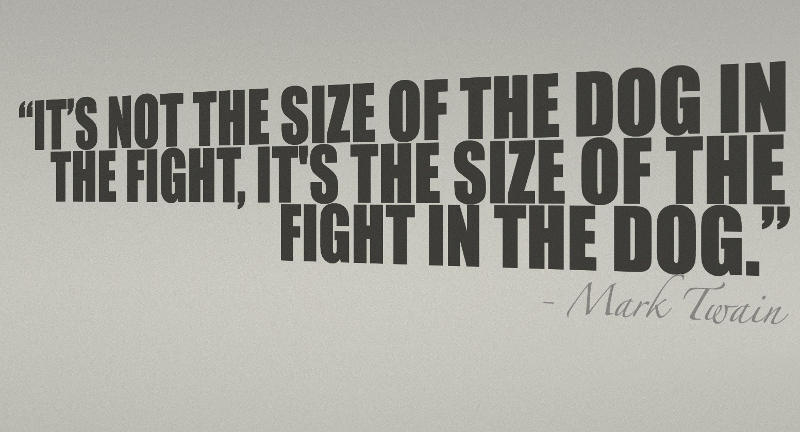 The excellency of every art is its intensity, capable of making all disagreeable evaporate. John Keats

I rarely push myself to exhaustion. I know if I could just increase my intensity in doing certain tasks, I can cut the duration by as much as 50%. But there is a huge comfort zone where I am, and the mind’s job is to survive, and it will resist doing anything which means enduring discomfort. The mind tricks us into thinking we have hit our limits long before we actually do.

I believe there is no sure shot way to outstanding results, and it can never be guaranteed. But what we all can control is how much intensity we put in whatever we do. Intensity is when a double amputee climbs a mount everest, intensity is when a person with no arms can fly a plane (search for Jessica Cox), intensity is when a 90 year old runs a marathon, or when you see the paralympics. Everybody will give in to the temptation (to procrastinate, to give up too early) some times, but I have seen many people who have been working with intensity, and they are my real heroes, my real winners.

We all are human beings, we plan new things, we try them out, sometimes we succeed, and sometimes we fail. Although we always want to succeed and see failure as something which was ‘not expected‘ to happen, failures are inevitable along the way. And more often not, failures teach us more than any success can. Failure is often related with negative emotions. I want to challenge that negativity. Failures have taught me a lot and brought me where I am today. Even me writing this blog post is the result of failed attempt to do so in the past. Let me list down the five most important lessons I have learned from failure :-

1. Nobody is Special
If you think you are extra-talented, or very hard working and dedicated, it doesn’t matter. YOU WILL FAIL. Nobody is a guaranteed winner. We all are human, and like all humans, we will make mistakes too. So if we have any sense of being superior, better than others in skills or knowledge, we should give that up now before life hits us with reality. The only person who does not fail is the one who never tries anything. Many venture capitalists, when looking for a business to invest into, look for leaders who have started and failed before, because they know they are more likely to succeed in the future.

2. Nobody can do everything perfectly
No matter how much multi-tasking we can do or in however many fields we are an expert, we can’t do everything perfectly all the time. There is a saying that an expert is merely someone who has failed more than anyone else in that field. Michael Jordan, considered one of the greatest basketball players of all time, says that he has succeeded because of his constant failure. He lost almost 300 games and missed over 9000 shots, which is more than an average NBA player even plays in. He says he has used failure as motivation for his success. So no matter how good we are, we will need help from others to do what we want to do. 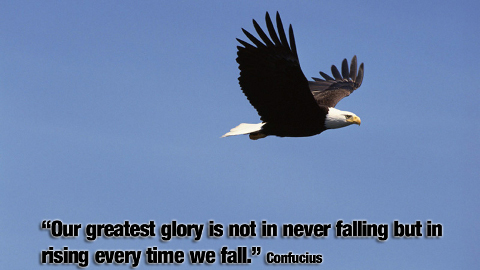 One of my favorite quotes about life

3. Plan for the worst case scenario
When taking upon something, I have learned that we must always prepare for the worst case scenario. What I mean is we should always have a Plan B and Plan C ready in case of when Plan A doesn’t work. And more often than not, you will need these backup plans. There is no point wondering over why Plan A did not work out as expected. It is more wise to learn our lessons from it, and move on to Plan B. The famous author Denis Waitley once said “Expect the best, plan for the worst, and prepare to be surprised.” That says it all!

4. No matter how successful in the past, we will fail again
When we taste success, our self confidence increases and we move ahead with more ambitious plans. At a time when everything has been going well and successes have been coming along on the way, a failure can be even more devastating. It can leave us in the ‘This can’t happen to me‘ state very easily as we were, more than ever, expecting a success now. The point is no matter how successful you have been in the past, you will fail again in the future. That is life, because successes don’t lead you to more successes, but failures do. Even the best of businessmen fail continuously as they expand their businesses. The only difference is that they welcome the failures and see them as stepping stones rather than stumbling blocks, in their way.

5. Failures are good, they lead to success
It might seem very ironical, but failures are good. Let me repeat again, Failures are Good. The only thing important is how we perceive it. There is a huge difference when a man says to himself, “I have failed three times“, to when he says, “I am a failure“. For it is said that failure is not the falling down, but the staying down. Thomas Edison, considered the greatest inventor of his time, kept on failing but he continued to try and try and try. He tried so many times that it took him 10,000 attempts to invent the light bulb. But we can see the positive outlook we should have towards failure when he said, ‘I have not failed. I have just found 9,999 ways that do not work.’

So let us try. Then try again. Then fail again. Fail better. Fail forward.. towards success!!