As many of you know, I am working on my latest initiative, which we have named “Pick a Fight“. The aim is to become a one stop destination to connect anyone who is fighting for a cause and looking for help with anyone who is willing to contribute in terms of money, time or resources. But why? Why have we started this? What was the need for such an initiative? In this article I will dwell on this question in detail.

“The worst sin toward our fellow creatures is not to hate them, but to be indifferent to them: that’s the essence of inhumanity”

Today, as we live in a 21st century India which is economically progressing at a brisk pace, the question we need to ask ourselves is, “Do we care about our fellow countrymen who have been deprived of this growth?”, “Does it hurt us when we see news of crime against women and elderly?”, “Do we care about our society in the same way as we care about our family?” You might answer yes or no to these questions, but nobody can deny the fact that real (inclusive) and sustainable growth cannot happen if there is no social and economic equality and a large number of our people are still hungry and unemployed. A society cannot be called prosperous unless it takes good care of its weak and underprivileged populace.

Creating a Culture of Giving

I have always been proud of how much we Indians care for our family members, how much we sacrifice and give for the happiness of our family. But outside of family, our giving is very limited. Being very religious people, most of our giving outside our family is confined to religion. But unfortunately, all that has not made its way to the needy and for development purposes. We give money and gold in huge amounts to Gods and temples, but surprisingly, we don’t give for the values and teachings that these Gods stand for. Pick a Fight aims to create giving as a culture to promote values and ideals preached in all major religions.

See Giving as an Investment in Social Change

We need to see giving as an investment in social change rather than just an outgo of time and money. Giving for social change is like an investment which will come back to benefit us and our future generations. It is not for someone else’s benefit, it is for everybody’s, including ours, benefit. With Pick A Fight, we aim to provide options for people willing to give so that they are aware of the difference and social impact they are making. 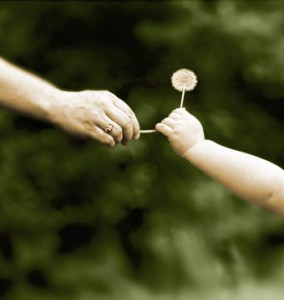 Giving for Development Assistance rather than Charity

Giving can take two forms. One option is giving for charity, like feeding a hungry person or giving medicines to those who can’t afford them. Another form of giving is to give for a development process, like for an employment program or for education, which enables the receiver to empower him/herself and improve his/her living standards so that he/she doesn’t need the donor from the next time. A perfect proverb to highlight this point is – “Give a man a fish and you feed him for a day. Teach a man to fish and you feed him for a lifetime”. We need to move our giving to the second form which builds long term sustainable growth for the recipient.

India has over 3 million NGOs working on a myriad of issues. But there is no extensive repository or listing directory available for donors to search based on their state, area of interest, etc. (There are few like NGOPost, GiveIndia, but they are limited in their operations and reach) We intend to fill that gap with Pick a Fight as we grow. Apart from that, a common platform can also be used for communication between different stakeholders. NGOs can share their best practices from different causes they are working on, and people can share stories of hope and courage to encourage and inspire others. Sharing resources and knowledge on a common platform will be instrumental in shaping the future of India.

We are the Privileged, and have the Responsibility

We are the privileged section of the population to grow up in the last 20 years when India has seen economic progress. We are also the ones who have been directly benefited by this growth and the reforms after 1991 have made a considerable impact in our lifestyles. But there is still a large part of our population who have missed it. It is our responsibility to take the decisive steps required to make them a part of this growth so that they also contribute to the economy for the next phase of growth.

So this was the reasoning behind starting Pick a Fight. After all, we export our software all over the word and are known for it. It is time we use our software and technical skills to help our own people and country. And Pick a Fight is still in its infancy, we would need a lot of support from all parts of the country to make it a success. We would also need a lot more initiatives by privileged people like me and you to ignite the next wave of growth and send a ripple of hope across the nation.