Innovation is defined as the creation of better or more effective products, technologies or ideas that makes life easier for its customers and solves a problem in the process. Innovation is the buzz word these days in business circles and the use of technology in designing innovative solutions across different sectors has never been more pronounced before.

If you see innovation discussions happening these days, most people will list the iPhone and the iPad, Facebook, the Sony Walkman and other technology related stuff on the top of their list. While such innovations have captured the media attention and earned a lot of money and market share for the respective companies behind them, there is another kind of innovation happening in the world. This new kind of innovation is happening in developing countries, even in villages, but it is not being covered by media, not being distributed across markets and countries, and not being talked about as much as iPad and other similar products.

While the first kind of innovation is mostly happening for business reasons and are focussing on making life more comfortable for its users (and not necessarily solving any critical problems), the second kind of innovation is happening mostly sporadically but for solving serious problems like hunger and poverty. In the first scenario, life would have continued for people as usual even if the innovation hasn’t happened (albeit in a less efficient way) while in the second scenario, there would have been serious issues of disease, health and death (and they have been) in the absence of the said innovation.

An example of the second kind of innovation is a simple Tippy Tap, which is a low cost, low tech, low water usage device to promote hand washing with soap. While most of the world talk about solving problems like accessing emails on the go, do we realize that 3.5 million children under the age of 5 die each year of diarrheal and respiratory infections, with 1000 deaths in India daily. Do not think I have put an extra zero, there are indeed thousand deaths daily. Now that is a real problem, purely avoidable just by washing hands with soap, and Tippy Tap intends to solve this problem. Now you decide what is a bigger, or better, or more needed innovation. (See how to build a Tippy Tap) 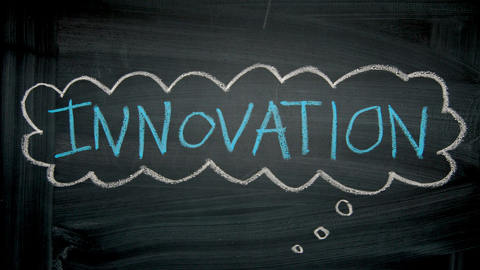 Are we solving the right problems?

While we can always term the iPad, Facebook and other such technological innovations as innovations, they don’t solve any big or critical problems. You can call them innovations as a new approach to markets but not for problem solving. They focus on the opportunity and the market size, but NOT on any real problem. If we look more, most of the time real problem solvers are not from the business sector but they could be local people, academicians, social workers or just plain anybody. While the only innovation highlighted by the media has been done by businessmen. Now I don’t think anybody believes only businessmen can innovate!

I am in no way trying to discredit technological innovations, as the Sony Walkman revolutionized the music industry by allowing people to carry music on the go. But nobody complaint about the need of a portable music player, and it did not solve any problem. Similarly, Amazon did not solve any problem. People had been shopping offline for ages, and nobody complained. Yet Amazon changed the way shopping is done forever, and there are 100s of Amazon clones coming up everyday. Users never asked for a social network before Facebook, neither did they ask for online video sharing or a service to tweet what they were doing every second. But all these are hugely successful products now.

Mahatama Gandhi said that “I will give you a talisman. Whenever you are in doubt, or when the self becomes too much with you, apply the following test. Recall the face of the poorest and the weakest man [woman] whom you may have seen, and ask yourself, if the step you contemplate is going to be of any use to him [her]. Will he [she] gain anything by it? Will it restore him [her] to a control over his [her] own life and destiny? In other words, will it lead to swaraj [freedom] for the hungry and spiritually starving millions? Then you will find your doubts and your self melt away.” If we follow his simple words in our day to day actions, we will see real innovation.

The question I am asking here is that either all the commercial innovation happening is not innovation at all, and if they are, is the innovation ladder is leading against the wrong wall as of now? As most of the problem solvers or real innovators are not from the business world, we  need to provide them with skills straining, investment and venture capital help, advice about R&D and intellectual property rights, and the right guidance to be able to scale their innovative solutions so that they make a dent to a ‘real‘ problem.