There is no hiding the fact that corruption is prevalent everywhere in India, with babus, bureaucrats and politicians sitting at the top of the list of ‘most corrupt people‘. Corruption has become the elephant in the room, which everybody knows you have to face at every walk of life, but nobody wants to discuss it or stand for a solution. We have to pay bribes to get your birth certificate, marriage certificate, death certificate and everything that comes in between. 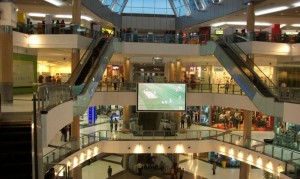 I guess corruption seeped into our social fabric during the pre-1991 era when Nehruvian methods were followed and every big industry was a public sector company. State Bank of India, Bhel, LIC, BSNL, Indian Oil, NTPC and ONGC became the companies where everybody wanted a job, for it provided job security and ‘under the table‘ earning options too. People working in these companies formed the Indian middle class during the pre-liberalization era.

But after the economic reforms of 1991, competition opened up and many foreign companies set up shop in India. It also led to the emergence of the service economy with the booming of the BPO and IT sectors. A lot of youngsters started earning handsome salaries and a chance to travel abroad was no more a luxury. In the last 20 years, this population has become the new middle class. Compared to the previous middle class, these set of people are more young and ambitious, they speak fluent English, buy foreign brands and earn good salaries without any ‘under the table’ options. They work hard in a competitive but (mostly) honest environment to earn their living.

In a way, what happened after the 90s was that the middle class of people working in PSUs were replaced by the middle class of people working in the new service based economy. While the people in governance – the politicians and the babus remained the same. Very clearly, there was (and is) a disconnect between the governed and the government. With Parliament sessions shown live on TV, there are enough reasons for this new middle class to get frustrated with the politicians. 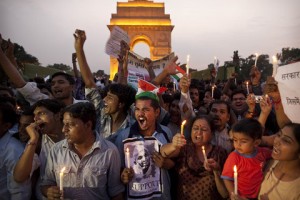 The protesters were mostly from the educated middle class

So when Anna Hazare, Arvind Kejriwal, Kiran Bedi, Prashant Bhushan and others started this movement against corruption, they just caught the right nerves of this middle class. They gave the middle class a ray of hope out of the otherwise hopeless situation they felt they were in. And with their youth and the ‘josh‘ (enthusiasm) it brings with it, they joined the movement in thousands and poured on the streets. Suddenly the sleeping, lazy, not caring about the country middle class awakened and to utter surprise of many, protested for a corruption free India.

Due to this disconnect between the government and the people, the government was caught totally unaware that where did this huge support to Anna Hazare came from. This middle class might be only 20-30% (and growing) of our population but even that means tens of crores of people, which is a big enough number for any government to take notice. And going forward, this middle class is only going to increase in number and become very critical to the political fortunes of those in power.

These are my views about why and how the government was caught unaware and committed harakiri by arresting Hazare and later releasing him in panic. And I think this educated and aware middle class will have a huge say in deciding the way our government create policies in the years and decades to come. Our politicians can no longer ignore the educated middle class as they have done for the last 50 years. Because, leave the protests and fasts alone, we are still a democracy, and as many Congress leaders have said in arrogance, “The public can throw them out in the next elections“.