We, as a country, are passing through exhilarating times. The country has made tremendous progress in almost every sector in the last 20 years. Our GDP growth rates is one of the highest in the world, and tipped to beat China by 2015. A large percentage of our population is young and beaming with confidence. A recent survey showed Indians are among the most happy people and with a positive outlook towards the future. You can sense this on people’s faces when you step out on the roads. Whether it is the lower class Indian, or one from the many segments of our huge middle class, you can sense a feeling of purpose to their lives. They are working hard to make the future of their dreams come true. Even during the recession, our industry leaders were confident of an outstanding economic future for India.

Technology has led this resurgence of a new India. Our software industry has made the whole world stood up and took notice. Many of our companies can be found in global rankings. High performing individuals and entrepreneurs have proved themselves, over the world. The alumni of the IITs are respected even outside the country. They have excelled in their chosen field and send huge amounts of money back to India. Our diaspora accounts for one of the highest remittances to their home country. Our space program has made tremendous progress. We are launching satellites of many European countries too, and have our own mission to the moon. We have missiles with long range capability from land, air and sea alike. We are capable of defending ourselves, and the world views us as a responsible nuclear power. Our telecom industry has connected the nook and corner of the country like never before. And we have the lowest prices for telecom anywhere in the world. Our medical technology is second to none, with people from the West frequently coming to India for their medical needs as well as tourism.

In the world of sports, we have had some distinguished names too. Sachin Tendulkar has broken almost every record of batting in both Test and One-Day cricket. We have seen legends like Anil Kumble, Rahul Dravid, VVS Laxman, Saurav Ganguly in the last decade and it has changed the way our cricket team is perceived by the cricketing world. We have moved from underdogs to Number One in Test and Number Two in One Day rankings. Vishwanathan Anand has been winning World Chess Championship for many years now. Sania Mirza in Tennis and Saina Nehwal in Badminton have made a name of themselves and set an example for women athletes in India. Pankaj Advani and Geet Sethi are among the best in Billiards and Snooker. Abhinav Bindra won the first individual gold medal in the Olympics. Our performance in the recently concluded Commonwealth Games was our best ever. 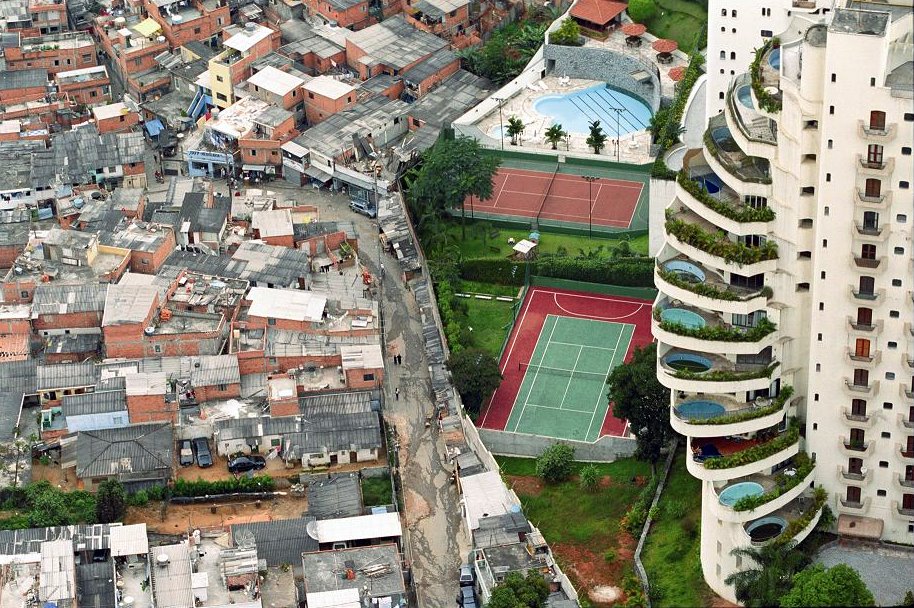 The Gap in Today's India

In arts, our movie industry is the largest movie churning industry in the world. Our actors are going international now, with Irfann Khan and Anil Kapoor leading the way. Aishwarya Rai has already made her mark on the international scene. Amitabh Bachhan, Aamir Khan and Shah Rukh Khan are well known outside India. Indian movies are screened across almost every country in the west today. AR Rehman, Gulzar and Rosul Pookkutty have just won the oscars. AR Rahman’s credibility is known on the international scene. Indian writers such as Salman Rushdie, Arundhati Roy, Vikram Seth, Kiran Desai and Arvind Adiga have sold more books and won more prizes outside the country. Kiran and Arvind have won the Man Booker Prize in the last 5 years.

However, most of India and Indians are still not a part of all these accomplishments. We have not achieved much progress on the dreams of our founding fathers, the dreams of eradicating poverty, illiteracy and ill-health and empowering one and all to achieve the best they can. It is hard to believe that despite of all the progress and advancement in technology we have the largest pool of poor in the world. That we have 350 million illiterate people in this information age speaks volumes of the gaps we have created in our society. We have 128 million people who don’t have access to drinking water and a whopping 839 million people don’t have access to sanitation. More people in India have a mobile phone than access to toilets, showing the irony.

Health facilities and health awareness is almost nill if go away from the major cities. There are 1600 deaths daily from diarrhea and 750 from TB, both totally curable and avoidable by international standards. We have the best malls with the best brands for food and dining, then why are 51% of Indians malnourished? We export the best engineers to the whole world, then why does our primary schools suffers from a lack of teachers? While we have sprawling mega cities coming up, why do we still have so many homeless people? Delhi can boast the best airport and metro rail in the country and many other cities are following suit, still why even basic infrastructure like roads, power, water is missing from rural India? When our urban youth can choose from Nike or Adidas or Reebok shoes, why do 800 million Indians live on less than Rs 2000 per month, and 300 million live on less than Rs 550 per month?

These two views of our country have often left me bewildered. Gandhi and Nehru dreamed for an equal society with social and economic equality for all Indians. While we have made tremendous progress, the gap between the rich and the poor have only widened. In the first 40 years of independence, Nehruvian politics, inspired from Russian model of governance, miserably failed to alleviate the social status of Indians while the whole world marched ahead. Opening up of the economy in 1991 allowed India to make whatever progress it has made today, but has made very little difference to the rural and unprivileged sections of the society.  Corruption in politics and lack of bold leadership has created a vacuum for somebody who could champion the cause of the neglected Indian.

Having said that, I believe that with the kind of optimism around, all this can change, and within my lifetime itself. In the next 20 years, we will add 241 million people in working age population, compared to Brazil’s 18 million and China’s 10 million. Japan will lose 13 million in the same period. I am totally confident of the ability of 241 million optimistic, confident youth to change the future of our nation. The youth of India needs to take motivation from the famous words of George Bernard Show “Some men see things as they are and ask why; I dream of things that never were and say, Why Not?” Our youth needs to stand up to the challenge of what lies ahead and make this nation a better place to live in. And to make any change we need great leaders, who can dream big and execute their visions in reality. This might be a long journey of hard work, commitment, confidence and sacrifice, but can give us the sweet results of prosperity, justice and equality which our fore-fathers dreamed of.