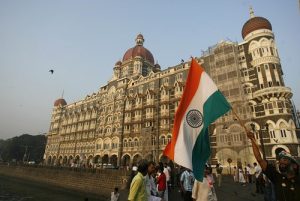 How safe are we?

In the 80’s, there was terror in Punjab. Then there have been continuous terror incidents in Kashmir from the late 80s and early 90s. But the 21st century brought with it a new kind of terror in India. Terrorists now managed serial blasts all across India, and also carried out personal fidayeen attacks in many cities of India. Apart from the terror attacks, there has been religious violence in Gujarat and continuous attacks on Churches across states. There has been violence in Mumbai over North Indians, in Rajasthan over Gujjars demanding a lower SC status, in Punjab over Dera Sacha Sauda, and then there is Naxalism in West Bengal, Jharkhand, Chattisgarh, Andhra Pradesh, Orissa, Bihar, and many other states. So what happened to the idea of a Safe India?

Terrorism have took a new turn in the last decade. Terrorists now dared to attack the Red Fort in 2000, the Parliament in 2001 and the Akshardham Temple in Gujarat in 2002. There have been bus/car bombings in Mumbai in 2003, serial blasts in Delhi in 2005, serial attacks in Varanasi in 2006, bombings at Mecca Masjid, Hyderabad in 2007, serial attacks in Delhi, Jaipur, Bangalore, Ahmedabad in 2008 plus the 26 Nov Mumbai terror attacks the same year. Terrorists have managed to attack us by sea and land alike. They have come from across the border and there have been home grown Indian Mujahideen as well. There have been bomb blasts at popular markets and fidayeen attacks at religious places.

Apart from terrorism, we have seen the Gujarat riots of 2002, attacks on Churches in Orissa and Karnataka in 2007 and 2008 and many other small incidents. There has been caste violence in Maharashtra over the issue of North Indians and in Rajasthan when Gujjars wanted a lower status to get more reservation. It sounds strange somebody resorting to violence to get a lower status, but it is true. There have been incidents in Punjab over the Dera Sacha Sauda and later over the killing of a Dera leader Ramanand in Vienna. Attacks against dalits have also continued to take place throughout India over the last decade.

Naxalism is active among 220 districts and 20 states of India. According to RAW, there are 20,000 armed Naxalites in India. Even Prime Minister Manmohan Singh have regarded them as the biggest internal threat to India. According to reports, more than 6000 people have died due to Naxalism in the last two decades. There are regular attacks on police stations and slaughter of officials by Naxalites in these areas. Coming to the original question, is India safe as a state considering the violence in the last decade. Why can’t we feel safe even in our own country? There is fear of Pakistan based terror, home grown terror, religious violence, caste based violence and naxalism.

So what has gone wrong in the last decade as the idea of a safe India has gone for a toss. We have one of the largest armies in the world, yet we are the most unsafe country it seems. We are going places, our GDP growth rate is the fastest after China, yet we cannot guarantee the safety of our own citizens. Everything India has achieved over the last decade has been because of its private sector while the government has continued to be slow and disappoint ever since. We can only hope this situation will improve and our elected representatives take their tasks seriously before it is too late. I just want to be safe in my own country, Is this too much to ask?