With the new year in full swing, it is time to look ahead. While 2012 has promised everything from the next new smartphone to the apocalypse, we thought it would be a good time to think about how technology can help the environment. To that end, we have listed five new technologies for 2012 that can be good for the environment.
1. Red, White, Blue, and Green – The fall of the World Trade Center towers was one of the worst events in U.S. history. Yet the return this year of the World Trade Center will be a triumph in both the American spirit and a green way of thinking. The new building has been called the “greenest skyscraper ever” by Gizmodo. It is planned to have a gold level certification from the LEED and would be the first building of its kind to do so. It is planned to have a net zero carbon footprint and use 20% less energy than New York state’s code requirements. It will also utilize rain water and water from the Hudson River. 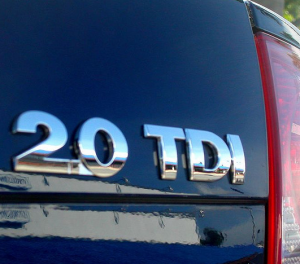 2. Diesel Tech – While Volkswagen has mainstreamed the idea of clean diesel, it has reached new heights this year. The Passat TDI can even get 50 miles per gallon and go nearly 800 miles on one tank. As shown in The New York Times , it also features a powerful engine for those who think energy efficient cars are a drag to drive.

3. Sugar Fuel – Ethanol from corn was all the rage in past years, but there may be a new competitor on the horizon. According to CNET, a company based in Philadelphia has already begun making fuel out of wood chips, grass, and municipal waste, which is made into sugar water and fermented to make biofuel.
4. Scope 5 – Corporations can now take on green challenges in an easier manner with this software from a Seattle company. Scope 5 allows companies to reduce costs on energy use, waste management, worker data, and even executive air travel all with their software, which can help cut energy use on a huge scale in 2012.
5. Body heat utilized – In the film “The Matrix,” robots use humans as heat generators. However, this is actually being done in Paris. According to Popular Science, there is an experimental heating system being installed in a public housing project in the city which will utilize the warmth being generated by those waiting in a subway station to heat the structure. Only time will tell if this green technology will be one that all can use.

Shelly Mirriam is a science student and also writes for Masters in Environmental Science which helps students find the right environmental science degree.