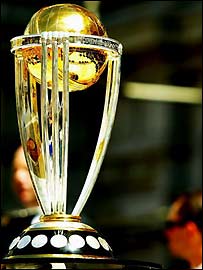 As the ICC World Cup starts in under two weeks on what are going to be batsman friendly pitches of the subcontinent, a lot of records are going to be broken and new ones made. Considering the small grounds of the subcontinent and the hot weather, it is expected that bowlers will take the heat and a lot of batting records are to be made. Below I am trying to predict some important statistics and records that this world cup might see. I will evaluate these figures again at the end of the world cup.

There are 14 teams participating this time in the World Cup hosted by India, Bangladesh and Sri Lanka. There will be 49 matches in total, two less than the 2007 world cup. The format will be similar to the 1996 World Cup, with a knockout round of quarter finals, semi finals and a final after the round robin league of two groups of 7 teams each. The tournament starts on 19th Feb 2011 and ends with the final on 2nd Apr 2011. Lets now get to the predictions…

My line up for the semi finals would be Australia v South Africa and India v England with Sri Lanka and Pakistan being wildcards, and Australia / India being my favorites to lift the trophy.

Now, after the cup is over I will again go over these predictions and compare them with the actual statistics. Obviously there will be some surprises, some new records created, some disappointing performances and some consistent ones. Let me know your comments on these predictions and we will see how they pan out over the whole tournament.