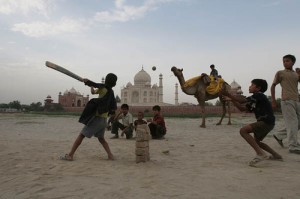 India is a huge country, and not only in terms of area and population, but also in languages spoken, cultures followed, religion, and caste. The various castes, subcastes and languages make people living within these divisions very different in the way they live their lives. The festivals are different, rituals are different, food is different, language is different, and so on…

As you travel across this vast country of ours, you will find Pahadi people in J&K, Himachal and Uttranchal, Punjabis in Punjab, Haryanvis, Jats, Rajasthanis, Biharis in the north all speaking different dialects of Hindi. You will find Bengalis, Oriyas in the east. There are Gorkha’s in Sikkim, in the north east you will again find different kinds of people. Going down, you will find Gujarati, Marathi, Malayalam, Kannada, Tamil and Telugu speaking people in Gujarat, Maharashtra, Kerala, Karnataka, Tamil Nadu and Andhra Pradesh, respectively. Within these states, again you will find more languages and dialects within smaller communities.

However, there is one thing which is almost constant across the depth and breadth of India. You will find children playing cricket almost everywhere on streets and open grounds. Cricket stars are treated like heroes similarly by the different kinds of people. Big or small, hindu or muslim, north or south indian, you can always play cricket together.

Hailing from Delhi, I don’t know any of the South Indian languages. I sometimes face problems when I have to interact with the locals who don’t know Hindi or English. Recently, I went to Bandipur / Mudumalai wildlife sanctuaries. They are on the border of Kerala, Tamil Nadu and Karnataka so Malayalam, Tamil and Kannada, all languages were spoken by the people there. It was difficult to communicate there, but in the evening when people started playing cricket, everybody could play irrespective of the language. Because whether you know any language or not does not matter, being an Indian you certainly know the cricket language. You know the rules of the game, and can communicate with other players by using just that. It is amazing how people who don’t even know each other and are different in the languages they spoke, and the lifestyles they live, can play together as a team without any issues.

A game connecting a billion people looks amazing just in saying. How cricket unites India is an example in itself… In a nation that is divided by language, religion, caste and what not, cricket has proved to be a glue holding together Indians. It is a great sight when you see people cheering a Sachin Tendulkar shot or a Harbhajan Singh delivery, not caring about the state they come from or the language they speak. Sehwag is a huge star even in Karnataka and Kumble is cheered even in Delhi.

Cricket has something which is helping keeping this country together. Nothing binds India together as well as cricket. It does not matter which crop is grown on the soil of Punjab or Kerala or Bengal, you will always find a common sight, kids playing cricket over it!!