As I have written in some of my previous articles, what distinguishes great people and organizations is not how they succeed, but how they fail. Great organizations (especially dealing with innovation) are about taking risks to do things that haven’t been done before. And like with any experiment – you know there are going to be more failures than successes. That is the definition of innovation. If the odds were higher and success was almost certain in every one of two cases or so, every Tom, Dick and Harry would be doing it.

Take Intelligent Risks
We live in a world of risks, and we live in a world of failure. Entire industries like venture capital, portfolio management and insurance work on the model of taking intelligent bets and risks, and making the few big wins count more than the numerous failures. So rather than eliminating risks, we should take intelligent risks and learn to eliminate the uncertainties. Because without risks, there is no moving ahead.

Look Far Ahead – The Bigger Perspective
When you look at the big picture you will realize that when you fail you are not finished. Failure doesn’t mean a full stop, it just means a temporary barrier on your way to wherever your vision is going to take you. Failures build our character amid immense challenges, and that is an incredible muscle to build for tough times. Over the period of a long journey, the definition of failure changes for most people, and we start becoming much less scared of it. 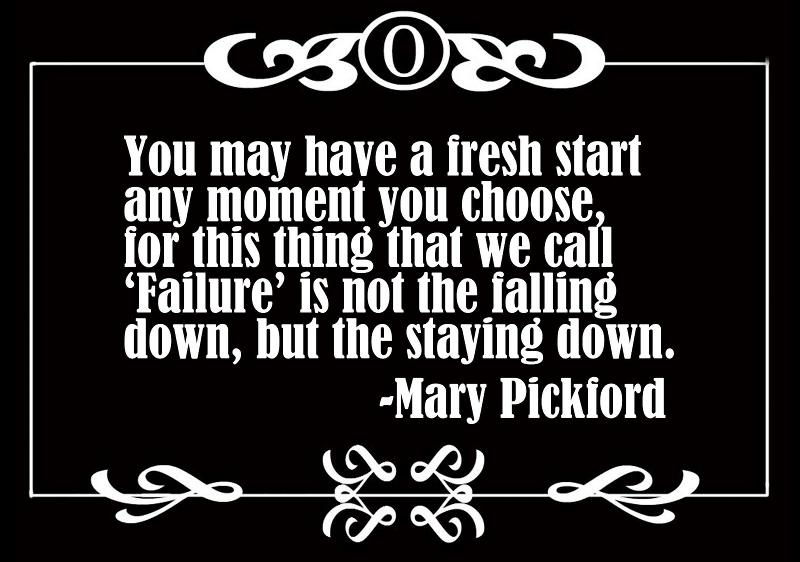 Be Ok with the Fear of Failure
What is lacking in the current environment is the concept of constructive failure, by which I mean the ability of doing things and failing, then learning from the mistakes and iterating until you reach the milestone of success. Failures can by compared to the lighting lamps on the way to every success story. Being able to take failure as an asset is a unique trait. When you really learn is when you are confronted with failure.

Dont Live Life, Be Alive
Many people say you can learn from the failure of others, but there is only limited knowledge and experience you can gain from reading books and listening to others. You can’t relive the experience of falling from a bike by reading about it. So in terms of failure, if we ‘really’ want to learn the lessons and want our time and money’s worth from failure, they better be our own. There are some experiences which must be felt if you have to learn the lessons with them, and there are no short cuts.
Infact, most of the success stories we know today are also stories of many more failures which are never highlighted by the media. To give a few examples, Henry Ford failed in five businesses before starting the Ford Motor Company and Soichiro Honda was turned down by Toyota for a job and was jobless for some time before he started making his own scooters at home. Walt Disney was fired by a newspaper for a “lack of imagination” before he started Disney. To stress the point that innovation in business is similar to experiments by scientists, we have the examples of Thomas Edison and the Wright Brothers. We will have examples in art, politics and sports too of such people, and some names that come to mind are Winston Churchill, Oprah Winfrey, Steven Spielberg, JK Rowling, Elvis Presley and Michael Jordan.